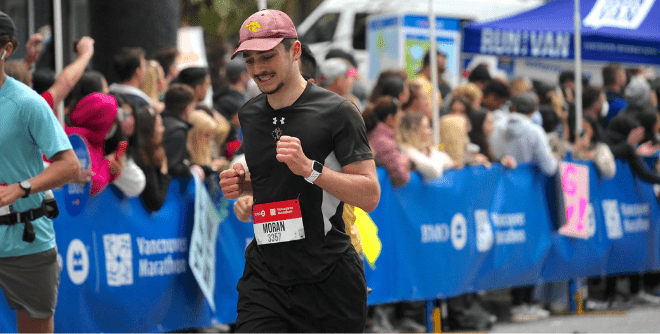 Andres is an incoming 4th-year student at Queen’s University. This year, he’s been working on researching interstitial pulmonary fibrosis (IPF) as part of his co-op at St. Paul’s Hospital in Vancouver, British Columbia. He is running in the Subaru Ironman Canada – Penticton on August 28th and will be donating 1/2 his proceeds to CPFF to support IPF.

Andres has many reasons to take part in the Ironman, one of which is to raise money leading up to the event for IPF. This past year of studying IPF brought the severity of the disease to attention, and it has called him to raise money for the research of PF. Luck has been on his side, as he does not know anyone personally to have been diagnosed with the disease, but he hopes to make a change so that a diagnosis will be treatable if not curable in the future.